If you’ve been thinking of creating an online course or membership site you’re going to love this episode. I’m sharing here 5 steps to research and validate a membership site idea (or Ecourse).

The first thing is you need to do is brainstorm ideas. Take a piece of paper and write down what expertise you have that you think you could share with others.

Next, write down what motives you, what you really enjoy doing and what you confidently can create content about on a regular basis.

That’s really important because there could be topics you’re excited about but you might find that you’ll be struggling coming up with copy and content in a consistent basis.

I am not just talking about for your membership site or your course content but also about the free content you’ll need to produce to attract your prospects.

Things like your social media posts, your blog posts, your guest post as well if that’s part of your strategy. If you’re going to be interviewed in podcasts as well, you need to make sure that you’re confident coming up with new content on a regular basis in the long run. That’s really really important.

This topic needs to be something you’re excited about, you know you won’t run out of things to say basically!

Next, write down “What problem can you solve” What type of problems you feel you have the expertise to solve. What people want to learn that you can teach them. Will people pay for your expertise?

The stronger the pain and the hardest it is to find a solution to a problem, the more likely people will be willing to pay for it.

How do you think people will value that expertise, at this point, it is really not doing research but writing down how you feel about those ideas.

The next step, once you’ve brainstormed several ideas (maybe you have several ideasmaybe just 1 and that’s ok), it’s time to get to the research!

The next step is to conduct some research. You want to find out what questions people are asking around that topic. Find out where they are hanging out. I know this is the eternal question of who is your avatar, where do they hang out but the reality is that you need to know that.

You have to find out where they’re hanging out, if they are on social media, what platform are they on? It’s not because you’re comfortable with one platform that this is necessary the platform that they’re using.

Are they on Facebook? Are they on Twitter? Are they on LinkedIn? Are they on Instagram? You want to find out where they are, join this community and start engaging in conversations with them

Next is time to survey your audience (if you have one). If you already have a list, even if you’re not sure if it’s an exact match, chances are unless they are switching to a totally different topic, there will be some type of match so you want to survey these people and ask them what kind of help they need that you could provide.

Now you might be asking yourself, but I haven’t communicated regularly with your list, why would they answer my email? There is no better time than NOW to start and communicate again, re-engaging with these people and especially if you have a very clear goal for this communication which is to figure out if there is an interest in what you plan to offer.

Once you’ve done that little bit of research, it’s time to score your ideas. By combining your notes and research and the feedback that you got on social media and engaging with your list if you have one, time to evaluate your ideas!

Is that something that your audience is willing to pay for?

Once you have that then you can score your ideas and find out if there is one idea that matches those 3 criteria:Something you’re passionate about, something you’re good at, and where there is an audience that’s willing to pay for it.

Once you have that, then you’re going to step 4 which is basically to validate your idea with what we call a minimum variable product.

4- VALIDATE YOUR IDEA WITH AN MVP

Before we dive into ways to validate this idea with a product and the different kinds of products that you can create, I want to share with you 3 mistakes that people make at that stage.

Mistake 1 – Asking Family and Friends for their opinions

They are absolutely the wrong people to ask because they are not only emotionally invested, because they want you to succeed no matter what, they want to support you but they’re also probably not your target so they’re not the right people to basically give you advice.

Mistake 2 – Comparing yourself with the competition

Don’t compare yourself to people who are already delivering something similar to what you’re doing.

When there is competition, it’s actually a good thing, that means that they’ve already validated the idea and they’ve basically done the proof of concept for you

If competition is a good thing, it doesn’t mean that you should copy them. It’s an indication that there is a need and it’s your job to make your offer unique and make sure it stands out from the competition.

Mistake 3 – Not trusting your Guts

So, now that you got your idea, how do you validate that idea with a minimum variable product?

The goal is to find out if it’s a good fit for you and if it’s financially smart for you to get on with the idea.

You can also check out this artcile here on the 4 major reasons membership sites fail.

A – Survey your people

Be very open, like : “I’m thinking about doing so and so and I’m thinking that this would be in the form of a course or a membership site, if I were to come up with that service or that course or that subscription, is that something that you would sign up for eventually?”

B – Check out Influencers in your space

Look at influencers that already have that audience, look at what they are doing and how they engage with that audience. This wil help you validate that idea and see if other people are actually charging for these then there is a chance that this is a good idea.

What are the communities that already exist that help your market? Some are going to be paid, some are going to be free. You should join some of them and see what’s going on inside. What kind of questions people are asking? What are they struggling with? It’s not only going to give you ideas, you’re going to able to see the exact vocabulary they use.

It is the fastest and most accurate way to test an idea without spending too much time or money.

It should be quick to implement, it should be minimal work and budget up front so you can really have some return and some feedback right away if that’s something that you should pursue or not.

It’s really going to allow you to measure interest and see if that’s something that you can actually see yourself do in the long run.

What kind of MVO should you use?
You have the ones that measure interest, those are the easiest to setup, they are all your typical freebie magnets, waiting lists.

You can also create a free Facebook group, you invite everybody that signed up to your freebie to your group and then you start sharing, answering questions and sharing your expertise and content for free and see if you get engagement.

Free content is great, but you also need to make sure that you’re attracking people looking to invest in their business and not just looking for anything that’s free.

One of my favorites way to really test a membership idea is to create a membership beta program. In that case, you test the idea but also the financial potential.

Depending on how your membership site is going to be structured, your minimum content for the Beta launch could be a piece of content that solves a specific problem like a mini-course for example.

You could start by just selling that mini course and see if people buy.

If people buy this then there is definitely interest, you should keep going and investigate this further. If you hear crickets then that’s a sign that it’s time to get back to the drawing board!

If you want to build an eCourse or online course then building a beta program and even pre-selling the course is also a great option.

It has its pros and cons but you could totally pre-sell an online course as a way to see if people will be interested.

The pros is that you make the money upfront and then you spend it building your course, this is actually something that I have done where I have built the course as I was running it live. It was a weekly course based on the previous feedback so it allowed me to refine the modules based on what people were telling me.

I was able to implement feedback right away even before I had built the course.

The cons of that is that now you’ve sold something and you don’t have it, you now have this pressure to deliver on time and if the technical aspect, for example, is an issue then you might put yourself on a lot of stress, don’t know who’s going to do it, who’s going to be able to help you in the timeframe you have and how much it’s going to cost.

Definitely, not for everybody to pre-sell but it’s a good option to make the money before you actually build so you don’t waste too much money on something that didn’t sell.

Now that you have validated that MVP, that minimum variable product, whether you’ve done a mini-course, you’ve done a beta launch or a pilot program for your membership now is that time to really build that audience.

You know you have a really good idea, you know people are interested and willing to pay for it and now you can really start building an audience for it, attract people with content.

As mentioned earlier, a free Facebook group is a great way to be able to survey people, you give people information and then you survey them and ask them for their pain points and how you can help, that’s where you’re going to get content that you’re going to be putting on your membership.

So here it is, the 5 steps that you can go through to research and validate your membership site idea or your e-course idea before you dive in and spend too much time and money implementing it.

I hope you enjoyed it!

Do you have a membership site idea or Ecourse idea? My calendar is currently open for 15 min chats! Grab yours here (no pitching, just genuine feedback!) 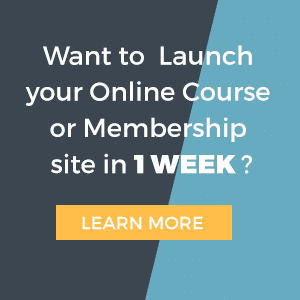 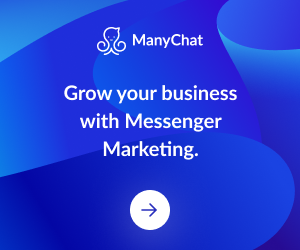